Organizations today are aware of security risks they can be exposed to as a result of bad or wrong code practice.  However, while awareness is the first step, being able to act is a whole other ballgame.

After witnessing more and more companies being hit by attacks based on well-known vulnerabilities, we sought to understand what’s holding organizations back when it comes to implement secure coding practices.

Checkmarx gathered a slew of professionals from organizations around the globe in the same room and asked them one simple question:

“What is holding you back from ensuring your Application code is secure?”

The group included security experts such as CISOs, Security team managers, as well as senior developers.

Among the many answers received, we noticed the biggest barrier to securing code was the same, solvable issue from both sides:

Developers are used to being assessed by the quality of their code and the time it takes to get their code through QA. Unit tests are performed before each release ensuring functionality as designed.

On the other hand, the security personnel will only receive the application, usually not including the code, for validation very close to release date. Considering no security tests were done by the developers, the security team now needs to run automated tools, or manual penetration tests to detect potential vulnerabilities in the code. Once this process is done, there is rarely time to fix the detected vulnerabilities, as the product has to be released on time.

It’s clear that developers do not specialize in security. Implementing secure coding practice is a matter of education.  Good developers live to learn and will definitely be very happy to increase their knowledge – especially if the end result will help in securing your code. Between daily requirements and ever-shortening deadlines it is tough to implement or attend proper security education sessions. Security personnel are always understaffed compared to their developer counterparts and might find it difficult to adequately train developers about the Do’s and Don’ts of secure coding. What about getting all of this done automatically?

Educational gap is a significant barrier to securing your code 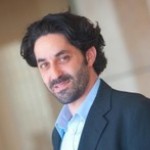