All three of these vulnerabilities can lead to Remote Code Execution, which is an attacker’s ability to access another computing device and make changes, regardless of where that device is located.

None of this is a criticism of The Apache Software Foundation (ASF), or the Apache Struts framework, however. The ASF’s commitment to open source and the collaborative development model it provides has produced many high quality projects that are used across the software ecosystem today. Chances are you’re using an ASF project – they list more than 350 open source projects and initiatives! More to the point, all software – open source and closed source code alike – contains flaws and weaknesses.

GitLab’s 2018 Global Developer Survey makes it clear that open source is essential to building software. In fact, 92% of survey respondents indicated that open source tools are important to software innovation. One responded indicated: “As a developer I find using open source to be critical to the overall quality of software for everyone.”

With so many developers building applications using open source it’s essential to integrate software composition analysis into your build environment and automatically enforce open source analysis as part of your SDLC. This visibility into your code base, including open source code components and the version deployed in your environment, will help your team ensure that vulnerable components are not part of your portfolio. Even better, when new vulnerabilities are disclosed, you’ll be able to remediate them rapidly, before they become a problem and expose your software and your organization to risks such as a data breach.

The Apache Struts Project Management Committee released a statement regarding the Equifax breach that includes several critical suggestions for securing any open or closed source code that supports libraries in software products and services, which I’ll summarize here: The Responsibility to Secure Software

These recommendations cover many of the responsibilities organizations have regarding the software they build, but they’re easier said than done.

The problem lies in the difficulty organizations face as they try to keep up with increased software complexity and rapid release cycles. Managing the risks created is critical, and it goes beyond application security. To accurately understand and reduce business risk, organizations today need to understand and manage their software exposure holistically. To do that, you need full visibility into the composition of your software, regardless of whether it’s comprised of open source code, custom code, or a combination. Visibility alone isn’t enough, however. Security testing throughout the SLDC and developer training are necessary to continuously support all stages of the DevOps cycle. 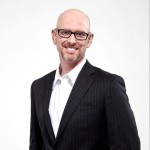 Matt has over 18 years of software development, sales engineering management and consulting experience. During this time, Matt has helped some of the largest organizations in the world in a variety of industries, regions, and technical environments implement secure software development life cycles utilizing static analysis.Matt’s extensive background in application security, object-oriented programming, multi-tier architecture design/implementation, and internet/intranet development has been key to many speaking engagements for organizations like OWASP, ISSA, and ISACA.

Recommendations for Friends and Family on Staying Cyber Safe While Working Remotely - March 26, 2020

Learn How You Can Get a Running Start with DevSecOps - February 18, 2019

Shifting to DevSecOps, with Software Security Testing Built In - January 15, 2019